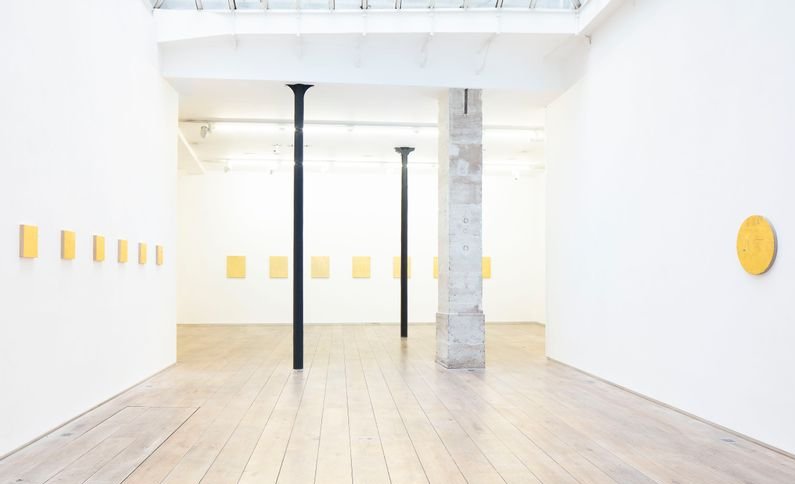 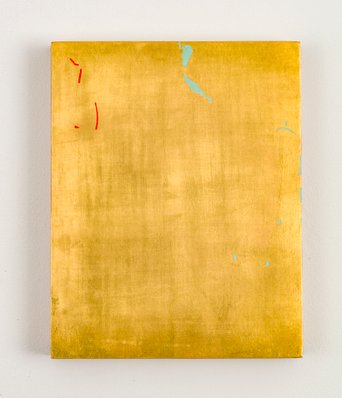 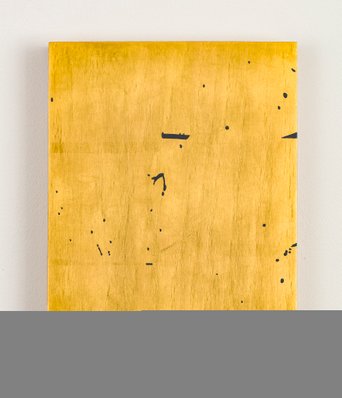 As the second of the four exhibitions in 2012-2013 season Didier Mencoboni Splinters and variations is part and parcel of one of the four themes-to wit, « sequel, series and variations »-on which the programme at the Chapelle de la Visitation is based.

This show offers above all a chance to present the work of a painter who appeared on the art scene in the early of 1980s and who works in the abstract mode. His approach proceeds from the introduction of rules which he draws up for himself to offer painting a whole host of possible mappings, which are so many eulogies to colour.

Made of small and large format pieces, calling to mind, turn by turn, canvas surfaces, paper, fabric, and even Plexiglass and other such material, Didier Mencoboni's painted and drawn oeuvre involves very varied formal proposals within the context of a production which is meant to be intentionally experimental. If it belongs to the history of abstraction, which upset art canons in the early 20th century, it incorporated in no time, in the manner of its development, the principes of serialness and variation, lending it a certain conceptual dimension. But unlike his elders, such as Opalka, Viallat, Buren and Toroni- who made the radical choise of introducing a single, selfsame form-, Didier Mencoboni is forever inventing all maner of procedure enabling him to be permanently replenishing his formal vocabulary, and extending it with new plastic ventures and comparing it with situations which are novel each and every time around.

As a villa Medicis resident in the early 1990s, the artist embarked on a series of pictures titled ...Etc..., in variable formats and with variable themes, which, to use his own words, he saw like « a painting on the scale of my life ». Without stemming from a necessarily everyday praxis, but suggesting a continuum, today it numbers more than 2000pieces, carefully numbered one after the other as they have been produced. The decision to present forty of them on the rear wall of the chapel, made over the past decade, illustrates the relevance of a stance which is the main thread of the artist's adventure.

Mencoboni's decidedly abstract painting summons up a whole interplay of geometric and organic figures whose references are open to all possibilities. At the same time, what is involved is the living and the artificial, the empirical and the rational, the specific and the linear, the continuous and the rhizome. If the painting here finds a complete freedom, at times in the actual surprise of its arrival, what unites it is the fact that it is totally taken over by colour. Further, the painter uses all shades, but the plays with all manner of value and density, too, making use, with equal felicity, of the fragile vivaciousness of the watercolour, the tough thickness of the gouache, the subtle lines of the pencil, and the blackness of ink.

In addition to his capacity to invent for himself many a system and arrangement which hail from multiplication, accumulation, classification, stacking, networks, etc, one of the unusual qualities of this work comes from a dialectic interplay between one and all (the series...Etc...), small and full( the ink series), seen and hidden (the contre reliefs, the mirrors), the programmed and the random (the Random Remake series).

At work, something to do with a deliberately laborious economy is involved in Mencoboni's work, which passes by way of something extremely painstaking, a profusion of signs and that sort of desire for an exhaustion of the form, as if the better te reveal its essence. Paradoxically, another dimension-and a not inconsiderable one, to boot- lends this work a certain dynamic and something wonderful to behol, ever rarer commodities in contemporary art: its playfulness. This factor absorbs the decorative aspect which might bob to the surface, the painter's idea being- through these different paths- to attain a certain degree of beauty, or even a form of the sublime. In terms of abstraction- Kandinsky clearly posited as much from the outset-there is no motivation other than the one that proceeds from an inner necessity. Didier Mencoboni aligns himself with such thinking, talking more readily, for his part, of « being utterly convinced », even if, as he acknowledges, « my consciousness, alert to the world, leaves me in the gravest doubt ». If his images have no direct relation to reality, they still suggest microcosmic worlds-such as we imagine scientists discovering by dint of rummaging through matter- and his large gouaches do the same, like the distant echo of a presence, as in the Corps subtils series.

Lastly, if precise rules of play are involved, his art comes from idea of flux, declension and fragmentation, in a word, splinters and variations which determine a personal poetics which is his very own. Didier Mencoboni's paintings, drawings and mobiles are an invitation to visitors to embark on the abstract path, in a spirit of total freedom and joyfulness.